skip to main | skip to sidebar

Are The Post-Christmas Blues Getting You Down?

Most people who are depressed don’t even know it. They have lived with being “slightly unhappy” for so long that they’re used to it. However, studies have consistently shown that when these slightly miserable people start to exercise they become less critical of themselves and others and they become less of a grouch. They discover that other people want to spend more time with them and they feel more passionate about life – in short they discover that they can be happier! And all because of a little bit of exercise…..

So, you’re probably wondering how this works, couldn’t we all do with feeling a little bit happier this time of year?

There are many different types of depression all of which display different symptoms; from those who don’t eat and can’t sleep, to those who eat too much and are permanently tired. Some people find it impossible to make even the simplest decision and others withdraw from the world. Others still will shout and challenge everything and everyone.

Back in the 1950s we discovered that there was a biological explanation for depression, a disease that had previously been thought of as purely psychological. We still don’t know what causes depression but in the 1970s a hospital in Norway discovered that aerobic exercise can be used to effectively treat depression.

Since then there have been numerous theories as to why this works. Some sports men and women talk about a “runners high” and a feeling of euphoria when they exercise but this doesn’t happen to everyone. Instead it has been discovered that when exercise triggers endorphins actually in the brain they can produce a general feeling of “well-being” that accompanies exercise. This seems to be more universal.

Exercise is more powerful than that though it also targets all the same neurotransmitters as antidepressants.

•It elevates levels of norepinephrine which improves self-esteem.

•It boosts dopamine which improves mood and feelings of wellness and jump starts the attention system.

•It raises levels of serotonin which improves mood, self-esteem and regulates impulses.

•It counteracts cortisol helping to stave off stress.

In fact a 1999 study at Duke University in the US discovered that exercise was actually more effective than the antidepressants over the long term and that those who were treating depression with exercise were far less likely to suffer relapse. They discovered that 50 minutes of weekly exercise correlated with a 50% drop in the odds of being depressed. Blumenthal, who conducted the experiments on 156 patients decided that the results couldn’t conclusively prove that exercise caused remission but does it really matter whether you’re less depressed because you exercise or exercise because you’re less depressed? Either way you feel better.

Now of course being a little bit sad isn’t the same as being clinically depressed but it has been shown that exercise can help depression however mildly or severely it is experienced. Just because you don’t have all the symptoms of depression doesn’t mean that exercise can’t be used to make you feel even better – imagine feeling “better than well”!

Exercise has also proven to be highly effective at preventing depression. One of the first symptoms of depression is sleep disturbance- either an inability to sleep or an inability to get up. The key is to start exercising at this point.

So if you’re feeling run down, under the weather, and unable to sleep or get up in the morning exercise could be just the cure you need.

** Most of the statistics for this post come from the fantastic book “Spark! How Exercise will Improve the Performance of Your Brain” by Dr John J Ratey and Eric Hagerman, which I highly recommend.

To read more about Maggie and her great work with teenage girls see:
http://maggieayre.typepad.com/maggie-ayre/
Posted by Chocolatebutton at 05:57 No comments:

I don't normally plug new products - well not unless they are something that I persoanlly use and have experience of - I recently got approached by a media company who are promoting the new release of lets dance 2 - I got given the first one for rmy birthday recently and I have to say its fab! You can really get a good sweat on if you put some effort into it and its all good fun too- you really dont feel like you are working out at all! and all the time you are burning calories - remember all activity adds up to losing that weight you are after! It doesnt always have to be structured exercise!

This new release is set to include some fitness aspects which could prove to be really effective! I for one cant wait to try it out!

I have attached the press release giving you some more info! I am hoping to get a copy to try out and will reveiw it for you if that happens!

THE COUNTDOWN HAS BEGUN

There are 24 days to go until the much-anticipated game Just Dance 2 is released in the UK on 15th October 2010. After the success of the first installment, which has sold more than 4 million units to date and even sold out in stores during Christmas 2009, Just Dance returns with a brand new track-list of more than 40 popular songs, each track featuring its own choreography.

Just Dance 2’s track list offers a wide range of songs drawn from classic hits and legendary songs to today’s chart-toppers, including Donna Summer’s Hot Stuff, I Got You by James Brown but also Rihanna’s SOS, When I Grow Up by the Pussycat Dolls and many other famous songs for perfect dancing parties! It also explores new music styles such as Bollywood music or reggaeton. And for those who still want more, they will be able to download tracks from an expanding catalogue of new hits.

Added to the “Classic” mode in which you can just dance on the tracks and hit the score, Just Dance 2 also boasts new modes. Thus, players will now be able to create their own team and engage in dance-off contests with up to 8 players. In the Duet Mode, each player will follow a different choreography mixing dance steps and poses that will respond to the choreography of the other. An added benefit is the new Just Sweat mode where players will lose calories shaking their bodies to their favorite songs.

Just Dance 2 will be released exclusively on WiiTM on October 15th in the UK.

Ubisoft is a leading producer, publisher and distributor of interactive entertainment products worldwide and has grown considerably through a strong and diversified line-up of products and partnerships. Ubisoft has offices in 26 countries and has sales in more than 55 countries around the globe. It is committed to delivering high-quality, cutting-edge video game titles to consumers. For the 2009-10 fiscal year Ubisoft generated sales of € 871 million. To learn more, please visit www.ubisoftgroup.com.

Trademarks are property of their respective owners. Wii is a trademark of Nintendo. © 2006 Nintendo.
Posted by Chocolatebutton at 13:19 No comments:

What a difference a year makes! 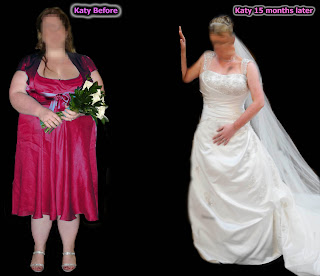 As promised I finally have the great before and after pic of my lovely client who got married earlier this year!

Together we have worked hard and she lost over 5 stone and over 40 inches in total off her body in just over 12 months of our training!

Her face has been blurred out as she is a little shy about her achievements! But I think she should be so proud of the amazing transformation she has made and the huge health benefits she has got too!
Posted by Chocolatebutton at 09:27 2 comments:

I just loved this - I found it this morning and it is a really simple explanation but sure gets its point across! Thanks to paynowlivelater for making it or posting it - hope you dont mind me sharing it with a few more people :-) Here are some views from the same person on exercise!

Posted by Chocolatebutton at 03:39 2 comments: I recently made a board complete with pics of figures that inspire or motivate me! I found a cool tool to do this online which enabled me to save it to my desktop so it now greets me everytime I open my laptop!

Its a great idea and you can make a hard copy too cutting out pics from magazines of bodies that you would like to  look like! There will be different ideas for different people, some like the athletic sporty look, some the bodybuilder/figure model look, personally I prefer the slightly softer fitness model look although I know how hard they work to look like they do and also how great the photographer/make up artists are at making them look perfect and im sure the old airbrush comes into play too!

Why not make your own version and stick it on your fridge or somewhere that you will see it everyday for that added bit of motivation, perhaps it will inspire you to close the fridge and go work out instead!

ps I should just mention that my blog mate JustaGirl posted hers recently on her blog which gave me the idea for posting mine here too!
Posted by Chocolatebutton at 12:55 6 comments:

Wow I just had to share these amazing photos of a truly inspirational lady!

Im just going to post the pics for now and leave me a comment to guess her age! I'll reveal all later! 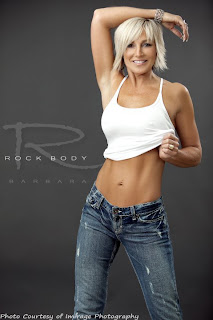 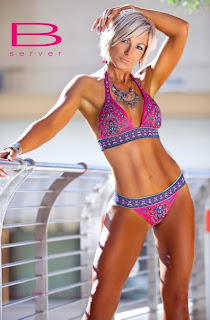 Hey bloggers! Sorry for lack of blog updates lately, exciting things to come though so please keep following! I am currently taking part in a business development program and part of this will include a much more informative blog for you to read with alot more interesting topics, recipies and news from the fitness industry!

I have also recently spent a weekend up in Nottingham at a Fitness Bootcamp where I learnt some really mind blowing information and will share some of this with you over the coming weeks!

I am also really excited to be able to share the journey and results of one of my clients with you - she has lost an amazing 5 stone + in the last year and gets married on the 29th May so watch this space for some inspirational pictures!

In the mean time if anyone has any ideas or topics they woul dliek covered then please leave me a comment and I will try my best to follow this up!

This isnt my client of course but her transformation is awesome too!!
Posted by Chocolatebutton at 05:39 No comments:

Chocolatebutton
I am an advanced personal fitness trainer with an interest in fat loss and weight control - I totally understand the ups and downs of this journey having gained and lost weight myself. I aim to bring you up to date fitness information, recipies and nurition advice and would like to thank you for taking the time to read my blog!